Why a trip to Scotland has a place in our longhorn cattle blog?

Longhorn cows, Texas and and, and, and…Scotland?

Longhorn cattle in Texas – that’s what we blog about. So we totally get it! – when we add Scotland to the mix, you may be just a little confused or even disinterested to continue on.

straight to our SALEBARN

The thing is, as different as Texas, Scotland and their longhorn cattle are, believe it or not, there are some intriguing similarities.

We had the good fortune of visiting Scotland last month. For a run down on our visit as well as traveling tips, scroll down below.

Our Trip to the Scottish Highlands: highlights and tips

For a sneak peak of what we experienced, learned and are so excited to share, pour yourself a coffee, find a quiet corner and read on…. 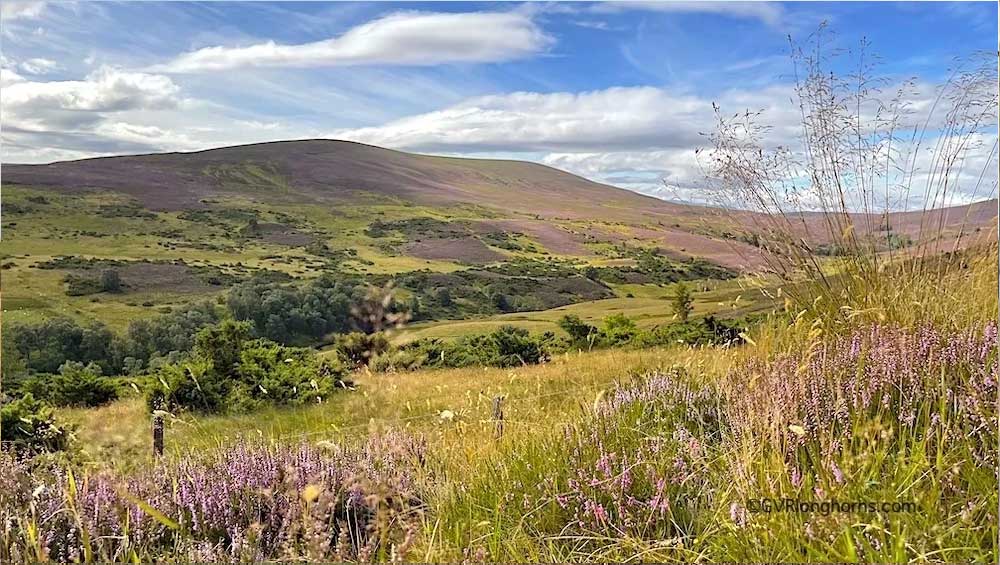 Scotland is a country where men proudly wear skirts, the national instrument is the Bagpipe and it’s home to the original Aberdeen Angus. It’s also really hard to imagine how beautiful the countryside in Scotland is. Pictures captured the moments but the unusual uniqueness, the essence of the landscape and the beautiful colors are diluted in the best photographs we took.

Add in the drought we have experienced in Texas this summer and the differences are literally oceans apart. 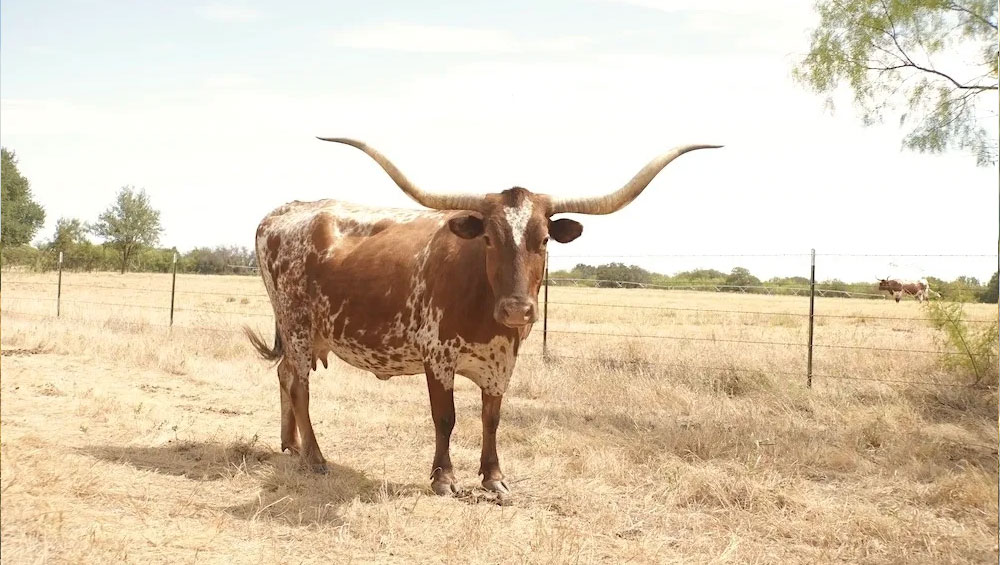 Just like the countryside, the longhorn cattle from the two countries are quite distinct. Yes, they both have long horns, but what we learned whilst there was quite unexpected.

It’s the surprising and unanticipated parallels that are so compelling.

Here are 4 fascinating similarities, leaving the best for last. 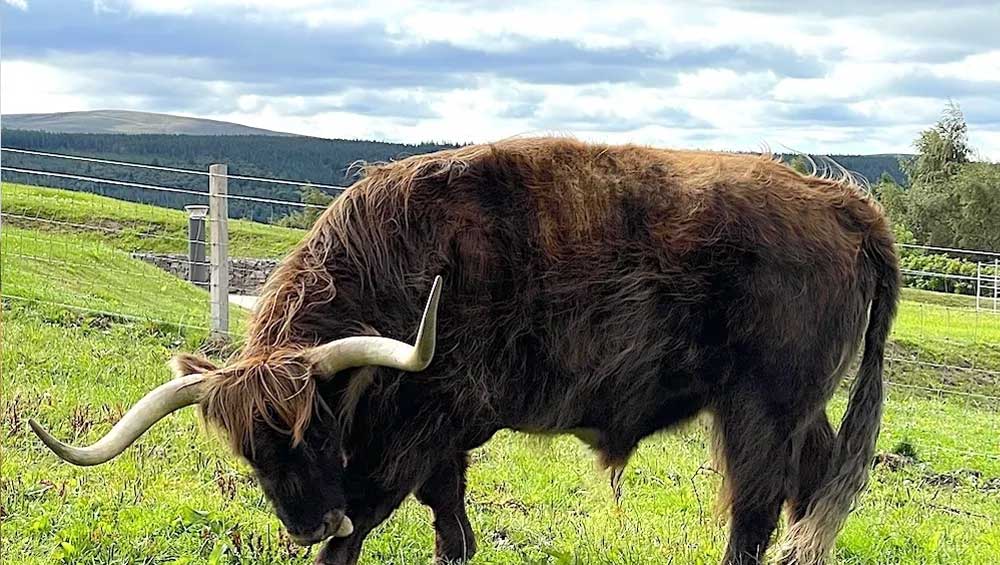 Starting off with the basics, The original long horned Highlander cattle did not look like they do today. In historic times they were black in color and smaller framed.

Similarly, Texas longhorn cattle have evolved over time. So much so, that at the beginning of the year we posted this article:-

100 years of Texas history with Texas Longhorn Cattle in Texas.

We learned from some of the locals that the grass is not all that nutritious in the Scottish Highlands. Unlike most other cattle breeds, long horned Highland cattle are not only grazers but, like Texas longhorn cattle they are browsers too. Highland cattle are perfectly suited to the Scottish highlands not just for their double layered hairy coats but also because of their eating habits. We can totally identify. Picky eaters are that much more difficult to raise, especially in drought conditions.

As heritage breeds to both countries, both longhorn cattle breeds have survived the test of time. Their unique characteristics allow them to endure harsh climatic environments within their countries of origin.

Over many years, we have written a ton on the unique characteristics of Texas Longhorn cattle in Texas, here are 2 of our most popular articles with links to many others,

11 Habits of our Texas Longhorn Cattle 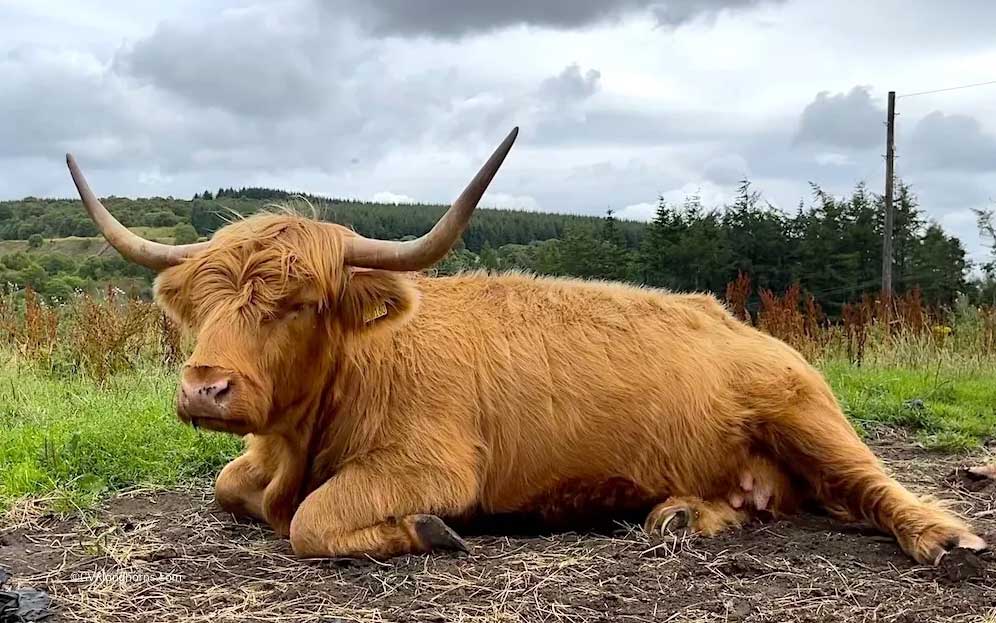 Records as far back as the early 1500’s mark cattle as an important economic commodity in Scotland.  In fact, even earlier in Sottish history,  taxes were often paid in cattle and other livestock

Just like Texas longhorns were driven on Trails to the Railheads after the Civil War so were cattle driven from the northern highlands to the south of England.